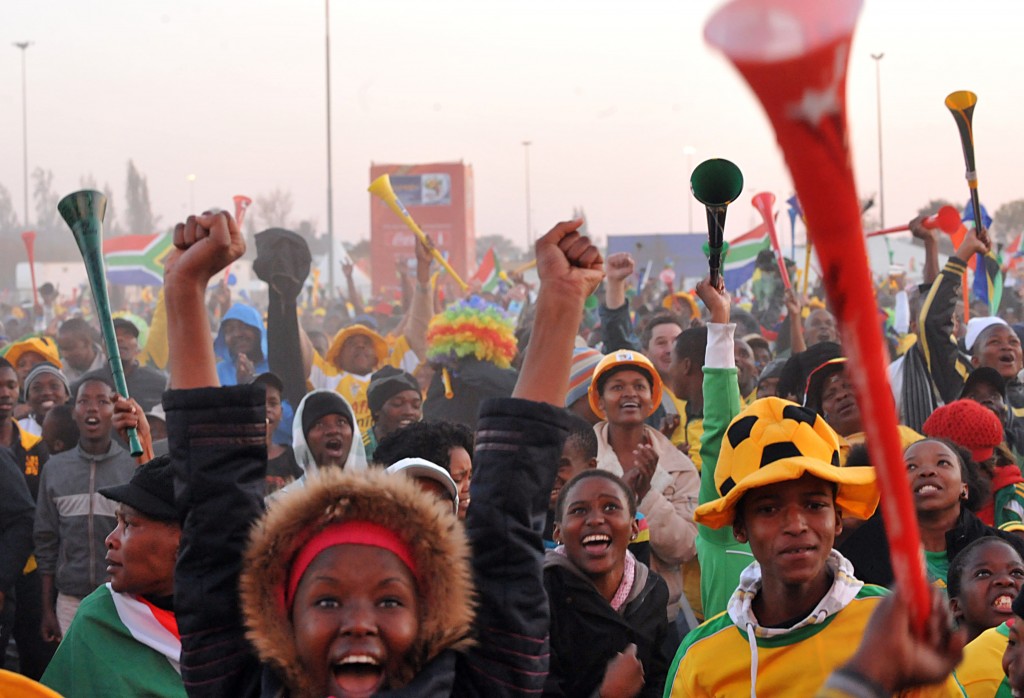 On Friday and for the next month, all eyes will be on South Africa when it hosts the FIFA World Cup of Soccer — the first African country ever to host the game. It’s a distinction that South Africans of all races should be proud of.

On Friday, South Africa will be ready to receive the world, after polishing its image. Johannesburg, formerly called the “murder capital of the world,” has cleaned up its tough neighbourhoods, filling them up with art galleries, boutiques, hotels and cafes in readiness for 350,000 tourists.

When the World Cup is over, soccer fans will hopefully go home carrying good impressions of the country and how well the hospitable locals ran the biggest sporting event in the continent’s history. Each foreign visitor will post-mortem their visit to South Africa and give that country a progress report of how it did. This century is also supposed to be Africa’s century when the continent is undergoing massive transformation in growth and development.

Although most African nations still have their popular image of being corrupt, poor and facing hunger, when you look beyond these stereotypes, you will find that Africa has great potential in human talents, natural resources and new technologies. For the first time, many African countries are becoming attractive to investors rather than to aid donors. A decade ago, Africa received less than $5 billion (US) in foreign investment annually while by 2008, it attracted $40 billion (US) in foreign investment.

The main thing in the African equation that needs to remain stable is the political factor. If only Africa’s political leaders could be less corrupt, then their countries would have nothing to fear. I get emotional when I look back to my former homeland, Tanzania, where President Julius Nyerere nearly ruined the country by experimenting with his own form of socialism, The Arusha Declaration, until it took two of his successors to overturn these disastrous policies back to capitalism and free enterprise.

Today, with good governance, Tanzanians have shown the rest of the world what progress they can achieve when they have a stable government. Tanzania’s political stability, sound macro-economic management, and considerable resources all contribute to Tanzania’s great potential for sustained growth. The country’s economy is driven by tourism and mining, thus making it among the foremost economies among the East African nations.

Of course, there are still many problems in Africa including in once-stable neighbouring Kenya and, of course, Zimbabwe, run by Robert Mugabe.

A major event to take place this month in Canada will be the G8/G20 gathering when Prime Minister Stephen Harper will be hosting the world in Toronto. To Harper’s credit, he has invited Ethiopia and Malawi to the G20 meeting. Canada, which has decreased its presence in Africa by closing its embassies in many African countries, should reconsider its decision of shifting foreign aid from Africa to Latin America and the Caribbean. Canadian firms should also explore investment opportunities in Africa. China and India are already in the forefront courting African markets, followed by Russia, Brazil and Saudi Arabia.

Africa will likely always have areas of conflict and some of these countries will have dictators, but the number of conflict areas is decreasing. The number of conflict zones in Africa has decreased to half of what it was 15 years ago. Canada and other western G20 nations should reinforce their relations with Africa so as to beef up security against terrorism on the continent. It will be in their interest to do so. Lots of industrialized countries are Africa-bound today and see a lot of potential there. It would be a pity if Canada didn’t keep its eye on the ball and profit from the economic game that is growing in Africa.